I received a Media Pass for free access to select attractions in Myrtle Beach.

I can’t believe our kid-free trip to Myrtle Beach was almost a month ago! While we were there, we spent an afternoon at the Boardwalk. Although we’ve been to the boardwalk with the kids, this time was very different!

When we went back in September, I wanted to do the SkyWheel, but Charlie wasn’t going for it and I wasn’t really interested in going by myself. This time- I was doing it!

The SkyWheel is located at LandShark Bar & Grill, right off of the Boardwalk. We haven’t eaten here yet, but everything looks and smells delicious! Tom was a bit leery about going up in the SkyWheel, but he did it!

The trip around is about 10 minutes of breathtaking views. They have a lightshow at night time that looks pretty awesome too. I wanted to change sides and get a pic of Tom and I together while in the gondola, but since the safety instructions say to stay seated, my height-fearing, boy-scouting husband insisted I stay put.

Another thing we thought about trying with the kids was Ripley’s Believe It or Not Odditorium. Without the kids, we can really walk through and look at everything instead of flying through it all. If you have older children, this is a must-see attraction with them. If you have smaller ones like ours, this is probably not for them. When we had Charlie and Owen with us, we did stop for a picture with the Optimus Prime outside.

Without the boys, we enjoyed looking at all the weird and sometimes gross things that are in the Odditorium. There are also some pretty neat things that I didn’t think would be inside. 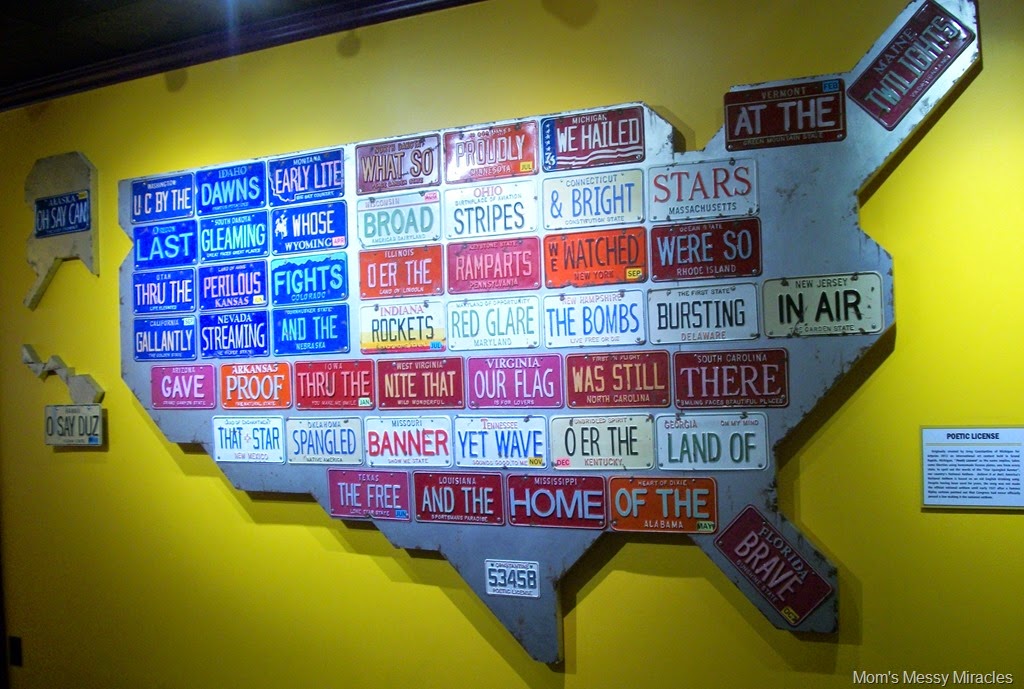 How awesome is this? We counted and read the whole thing to make sure it was all there. This was probably one of the neatest things for me.

I definitely nerded out with all the comic book stuff inside. Was not expecting that at all!

And… the best part, right before you leave, there’s this awesome room! I could have danced in here and played around for an hour at least!

In total, we spent about 30-45 minutes playing around and checking out all the fun things inside Ripley’s Believe It or Not! When the boys get a little older, we’ll definitely be going back through with them.

Another thing I have always wanted to do were the ziplines at Myrtle Beach Adrenaline Adventures! Super small kiddos and ziplines don’t exactly go together. Since we were kid-free, I figured I should go for it! I knew I’d be doing this one by myself, but when I went to sign my release, Tom said he was going too. Remember earlier how I said he’s not a fan of heights?…. well, this is pretty high!

Myrtle Beach Zipline Adventures zips riders 600 feet from tower to tower at speeds of up to 40 MPH! With 6 side-by-side racing ziplines, you can race the whole group at once! It is a really long climb up that tower and I’m not exactly in shape, so I pretty much needed a break when I reached the top. Now, I have to admit that I about peed my pants and changed my mind once I was told to get up on the block and face out. Um… yeah…

After he had me all hooked up and ready to go, he said I could just lift up my feet and I’d start. I was having a really rough time with the concept of that because… this is what I was looking at.

Tom ended up letting go first and off he went. At that point, I had to do it. It feels like you are going at super-speed, but it was awesome! When you reach the other side, you’re still flying. I was pretty sure I wasn’t going to stop, but sure enough the brakes kick in and you do. What a rush! I’m not sure I’d be able to do it again, but I’m so glad we did!

I will say that they should have lockers that you can rent to put your stuff in. The employee working was nice enough to offer to keep my purse under the desk while we were going, but it’d be so much more convenient to just have lockers. If you’re going with other people that won’t do it, they would just hold it. Since it was just Tom and I, we had no one to hold our stuff. Wonder if they’ll hold kids too?

Myrtle Beach Boardwalk runs a ton of events throughout the year. While we were there it was Oktoberfest! Now, I’m not really a beer drinker (or much of any alcohol these days), but there was plenty to do that wasn’t just drinking.

If you’re planning a trip for Myrtle Beach, be sure to check out the calendar of events to see if there is anything special going on while you are there! You can also follow Myrtle Beach Boardwalk on Facebook to keep up with all the fun!

Christina Shirley is a participant in the Amazon Services LLC Associates Program, an affiliate advertising program designed to provide a means for sites to earn advertising fees by advertising and linking to Amazon.com.
324shares